THE BEST TRAVEL TIME FOR VIETNAM 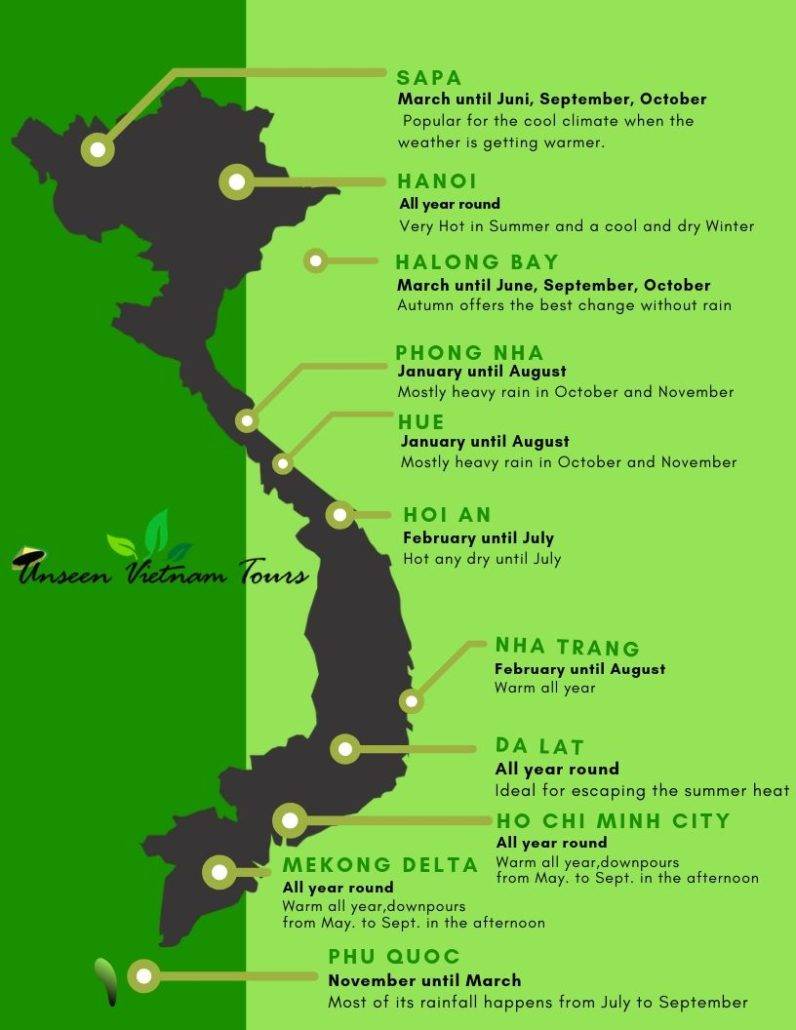 Unfortunately, the best travel time for Vietnam can not always be determined as a whole because the climate is heavily influenced by regional geographic conditions. The good thing is, if the holiday period is flexible you can always find a part of the country that you can currently traveling very well. To better understand the best travel time for Vietnam, it is worth knowing that Vietnam can be roughly divided into 3 climate zones, namely in North, Central and South Vietnam, with the north again in the higher mountain regions in Hanoi and the Halong Bay divide up. 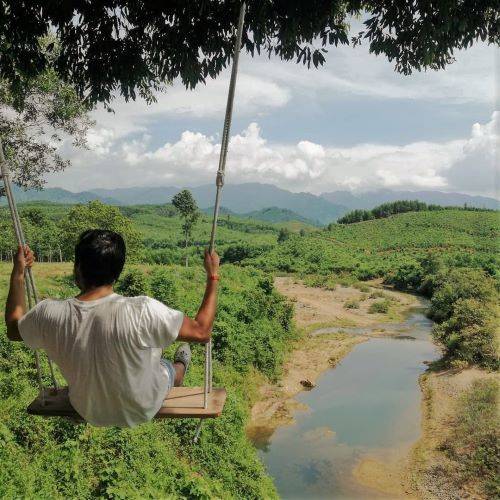 The climate in Sapa and Vietnam's extreme northwest is divided into two seasons, the dry season from October to the end of March with the rainy season from April to September with sometimes very low temperatures in December and January. It is best to travel the mountainous north during the dry season, to avoid trekking you should avoid the cold months. 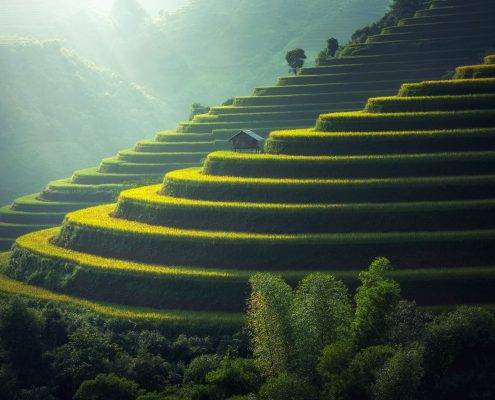 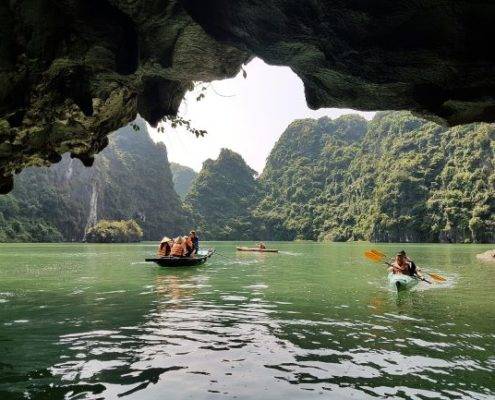 In Hanoi and the surrounding area there are two seasons, winter and summer. The cool but mostly dry winters last from November to April, although it can get very cold in January to March. From May to October, summer weather is hot, it is hot and humid, with July to September often being the wettest months (rainy season) of the year. It will be unbearably hot in the city and it can lead to bad weather in Halong Bay.

Our recommendation: touring Halong Bay and Hanoi in March-April or October-November. Bring warm clothes during the winter months, and avoid the hot summers in Hanoi.

As the best travel time for Central Vietnam around Da Nang, Hue, Phong Nha and Hoi An we recommend the months February, March, April and May. At this time there is perfect weather. Daytime temperatures between 26 and 32 degrees Celsius provide the best conditions for a great holiday. In these months, you do not have to worry about much rainfall. The rainy days per month are here at three to six days.

The rainy season lasts from about October to December. 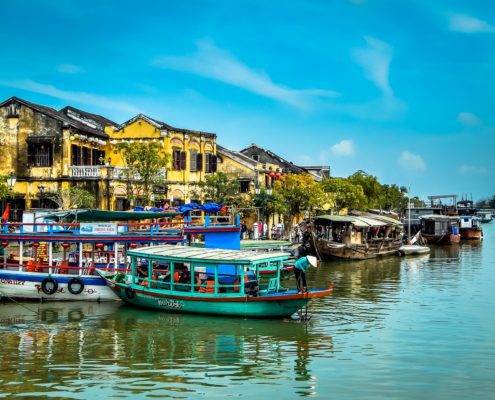 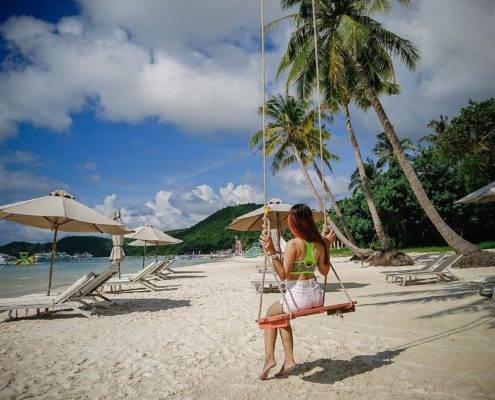 If it is usually bitterly cold in Europe, we recommend a trip to the south of Vietnam. The best time to go to South Vietnam is from December to April. The rainy days per month are just two to seven, with December being the rainiest. In February the rainfall is lowest. March and April are the hottest months of the dry season. But due to the dry air, the temperatures of 33 to 34 degrees Celsius are good to endure.

When traveling during the dry season to South Vietnam, from November to early May, you can not go wrong.

The rainy season prevails in the south of Vietnam from May to October. Especially in the months of June, July, August and September falls here a lot of rain. Although it does not rain all day, but always for a short time and then very violent. Nevertheless, even in the rainy season the temperatures here are always summery and fall in the south of Vietnam, around Ho Chi Minh City, the whole year not below the 20 degrees Celsius mark.

The best travel time for Vietnam - Our conclusion

Establishing a universally valid travel time for Vietnam is very difficult. Due to the geographical conditions, each region has a different optimal travel time. Basically, we recommend traveling to Vietnam in the dry season of each region. Furthermore, the temperatures are pleasantly mild and not too hot. The humidity is moving at a more comfortable level. Plan your Vietnam trip earlier this year, be sure to check when the Vietnamese New Year is taking place. It is usually late January, early February. Many Vietnamese use the Holiday season (Tet festival) to travel. Popular resorts can get crowded at this time and hotel prices can be expensive. On the other hand, many shops and restaurants are closed, as the Vietnamese themselves are on vacation. 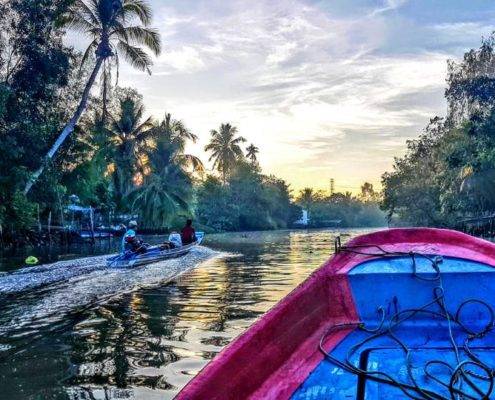 How to pack for Vietnam’s climate

What to pack in the suitcase? 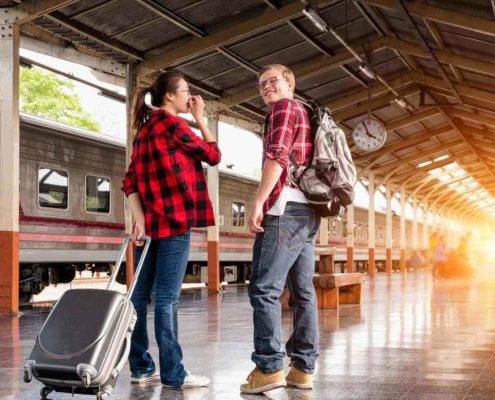 A few from our

Your journey will be shaped out of your dreams and our passion.

Please contact us for your customized offer.
The journey is possible daily. You travel individually with your personal tour guide.

10 tips worth knowing about Vietnam
Scroll to top